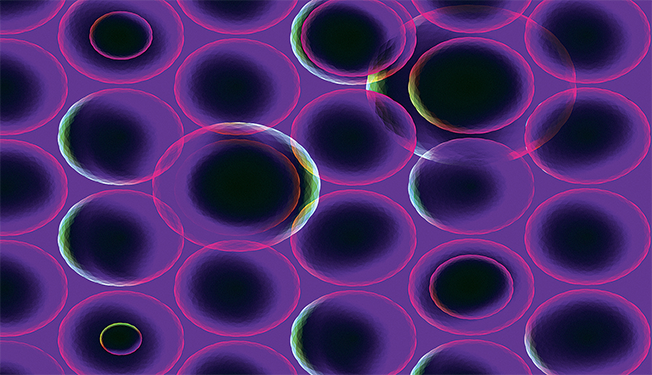 But before adopting startup PathAI’s tools, doctors must see if they are worth the cost

This is how a pathologist could save your life.

Imagine you’re coughing up blood, and a chest scan reveals a suspicious mass in your lungs. A surgeon removes a small cylindrical sample from the potential tumor, and the pathologist places very thin slices of the tissue on glass slides. After preserving and staining the tissue, the pathologist peers through a microscope and sees that the cells have the telltale signs of lung cancer. You start treatment before the tumor spreads and grows.

And this is how a pathologist could kill you: The expert physician would just have to miss the cancer. Or, more likely, misclassify the cells viewed on the slides as the wrong cancer subtype. Rather than getting a targeted therapy that beats your cancer into remission, you receive conventional chemo that buys you a few more months of life.

An artificially intelligent pathologist probably wouldn’t make that mistake. Trained on vast troves of digitized slides showing an enormous variety of tumors, artificial-intelligence (AI) systems will likely provide more accurate diagnoses than human pathologists, at least on fairly rote diagnostic tasks. They may even pick up on subtle features that the best-trained human eyes could never see. In this crucial, high-stakes branch of medicine, AI tools may soon offer diagnoses—and treatment recommendations—that are as close to infallible as we’re likely to get in the foreseeable future. And they’ll do so in a matter of seconds.

Lately, dazzlingly high success rates for AI-based systems in recognizing the presence of certain specific illnesses have prompted speculation that such tools will replace doctors. But the developments in pathology show us a more likely outcome: that machines will make the ever-increasing complexity of modern medicine manageable for human beings. This human-machine combination will outperform what either could do individually. At first, the improvement will be small. But eventually, it will be great.

“The promise of machine learning is to augment what a pathologist can do alone,” says Ulysses Balis, director of the division of informatics at the University of Michigan’s pathology department and chief strategy officer of a digital pathology company called Inspirata. “These technologies allow the profession to scale with increased demand.”

It’s clear that the era of AI medicine has begun. Over the past year, a raft of diagnostic tools powered by machine-learning algorithms have entered the clinical marketplace, making it easier to spot wrist fractures, diabetic eye disease, and signs of stroke with little or no human input. But these early applications are merely automating tasks otherwise performed by expert diagnosticians, and they’re typically just interpreting imagery, such as X-rays and CT scans. The software may offer a slight edge over a trained specialist in analytic precision and accuracy, and it’s almost always faster. Yet the technology hasn’t radically expanded what’s diagnostically possible today.

AI pathology, in contrast, will be radical—and it’s coming soon. In 2019, several companies will ask the U.S. Food and Drug Administration to authorize the first AI-backed tools for this field. Unlike fields such as radiology and ophthalmology, in which diagnoses are typically limited to the visual realm, diagnoses in pathology can incorporate the tools of biochemistry, immunology, and genetics, adding molecular detail to images of thinly sliced and stained tissue specimens.

Pathology Goes Digital: In the typical pathology workflow, a biopsied tissue sample is sliced, preserved, and stained so a pathologist can examine the tissue on slides under a microscope. In the new digital workflow, the slides are scanned and imported into a software program, which uses its machine-learning training to spot subtle patterns and provide information to the pathologist.

Combining all that data enables AI to draw diagnostic inferences that would be impossible for the world’s best clinicians. So says Andrew H. Beck, a pathologist by training who cofounded and runs a three-year-old startup called PathAI, based in Boston. He says his tools will bring real improvements in the accuracy of diagnoses and the efficacy of treatment. “Pathology will be one of the areas where we first see AI truly revolutionize medicine,” Beck declares.

Beck is not alone in this line of thinking. Software giants (including Google and IBM), medical-device manufacturers (including Philips and Leica Biosystems), and dozens of startups are developing pattern-recognition algorithms to help pathologists spot cancerous cells or other diseased cells using digitized imagery of tissue on glass slides. Proponents note that fewer than 2 percent of today’s medical graduates elect to go into pathology; smart software could alleviate the global shortage and lighten the workload on overburdened experts.

“These are intelligent guides that will help pathologists do their jobs more efficiently and effectively,” says Michael J. Becich, a pathology informatics researcher at the University of Pittsburgh Medical Center. “It is really a democratization of expertise in cancer care,” says Thomas Fuchs, a computational pathologist at the Memorial Sloan Kettering Cancer Center, in New York City. Both Becich and Fuchs recently started their own companies with similar goals to those of Beck’s PathAI.

Beck’s edge is his deep knowledge of both pathology and software. He’s a pathologist who sought out computer science training to bring his discipline—one rooted in 19th-century microscope techniques—into the 21st century. “Andy knows molecular biology and genetics, he knows deep learning, and he has the wherewithal to integrate all these things,” says Stuart Schnitt, a breast cancer pathologist at Boston’s Brigham and Women’s Hospital and a scientific advisor to PathAI. To drive home his point, Schnitt uses a sports analogy: “He’s the equivalent of a ‘five-tool’ baseball player.” Which is to say, a well-rounded virtuoso.

It’s an apt analogy for someone who chose to station his company less than 200 meters from Fenway Park, Boston’s hallowed baseball stadium. At the company headquarters, Beck offers a demo of the PathAI platform. He zooms in and out on a digital image of a tiny section of cancerous lung tissue, toggling between a standard view of the microscope slide and colorful overlays that enrich the view by highlighting specific cells or cancer-linked proteins.

Other digital pathology startups are also providing this Google Map–like perspective of the tumor’s cellular topography and underlying molecular patterns. But the real power behind the PathAI system is invisible to the user. The company trains its machine-learning algorithms on digitized slides coupled with clinical data, such as tumor aggressiveness, treatment plans, and patient outcomes, giving it the ability to do statistical analyses that are well beyond the ability of any human brain.

The company’s models not only do recon on the enemy, detecting cancer cells and rating the advancement of tumors; they also suggest lines of attack. They do this, in part, by counting the immune cells that have surrounded the tumor and determining whether those cells have certain properties that make them useful for the latest immunotherapies—treatments that amp up the body’s natural defenses to fight cancer.

All that information is invaluable to drug developers like Bristol-Myers Squibb (BMS), one of the many pharmaceutical giants using PathAI’s platform to determine why a mere fraction of clinical trial participants respond to anticancer drugs. The startup is now bringing in a steady stream of licensing royalties from drug companies, adding that revenue to the US $15 million it has raised in venture capital.

Michael Montalto, BMS’s head of translational pathology, explains that his team now relies on PathAI’s technology to determine whether tumor cells in a biopsy sample are cloaked in a disguise protein, keeping immune cells from recognizing the cancer cells as dangerous. Drugs like BMS’s immunotherapy agents effectively unmask the tumor—but they work only on those cancers that have concealed themselves in this way. And that’s just one example of AI’s usefulness, he says. “We are really driving toward using this technology routinely across all our trials,” Montalto says.

This article appears in the December 2018 print issue as “The AI Medical Revolution Starts Here.”